Michael Pybys hijacks capitalist brands and icons as a means to create an instant ‘relationship’ with the audience. They may not know his work but everyone knows and has a relationship to brands and icons such as IKEA and Pikachu (love / hate or indifferent to them). Pybus processes this iconography through collage and painting (the scratchy dry brushing being his signature saturating the images that he’s appropriated) to create new meanings, reading and narratives. Through doing so Michael also lay claim to such imagery in a sense so that this generic iconography and branding becomes personally linked to himself which then goes full circle and becomes associated with a brand again, only this time it’s Michael Pybus’s  own brand as an artist. 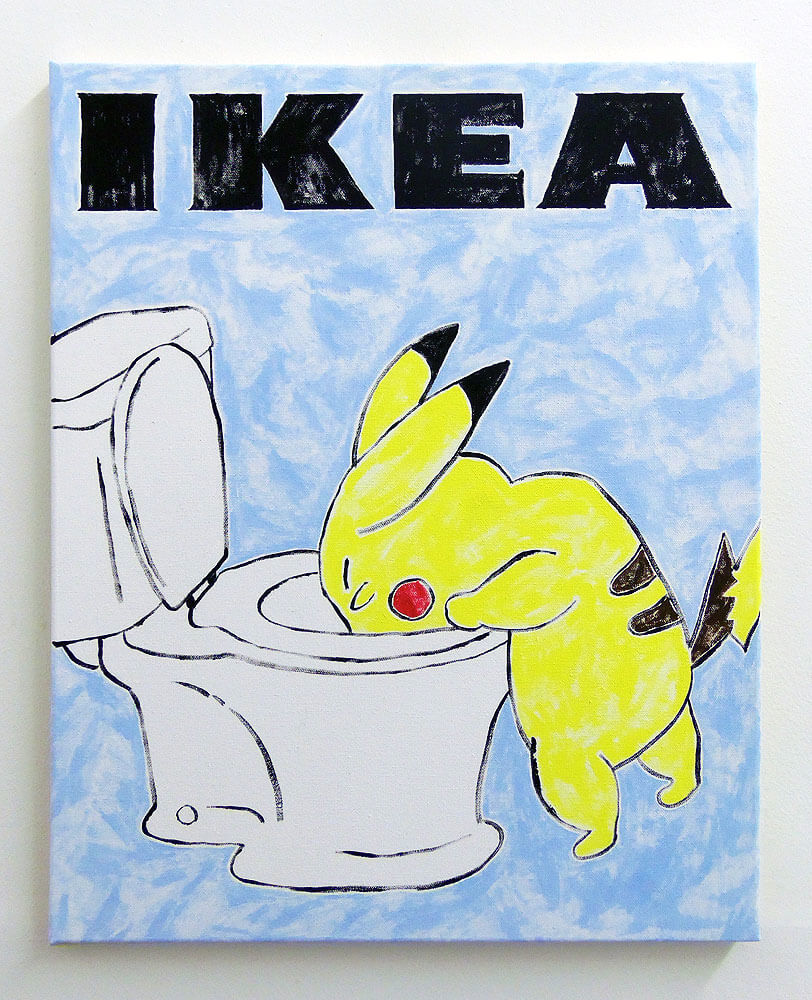 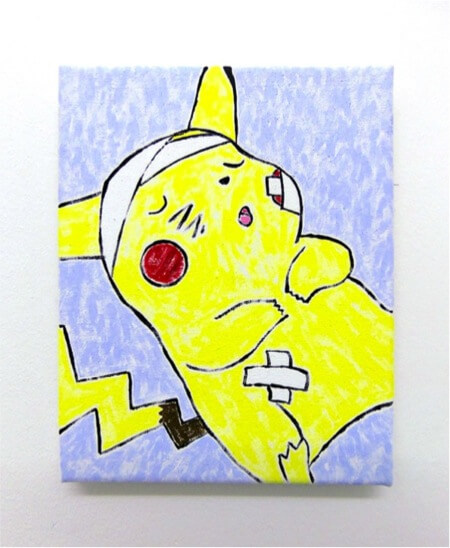 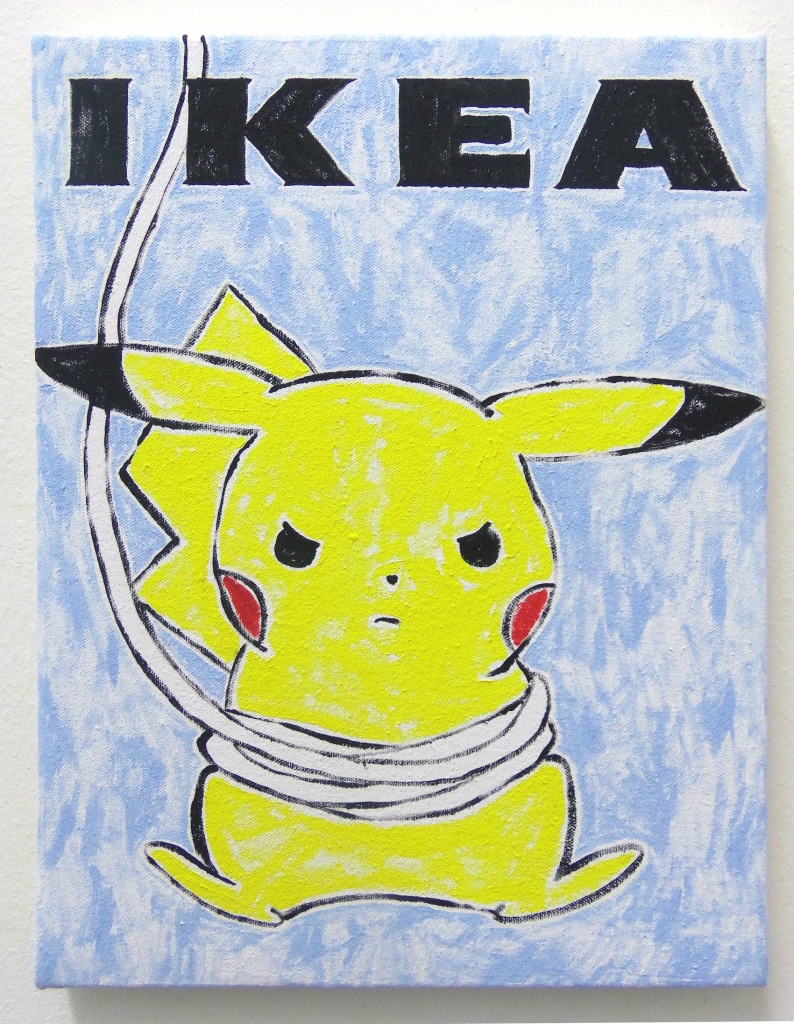 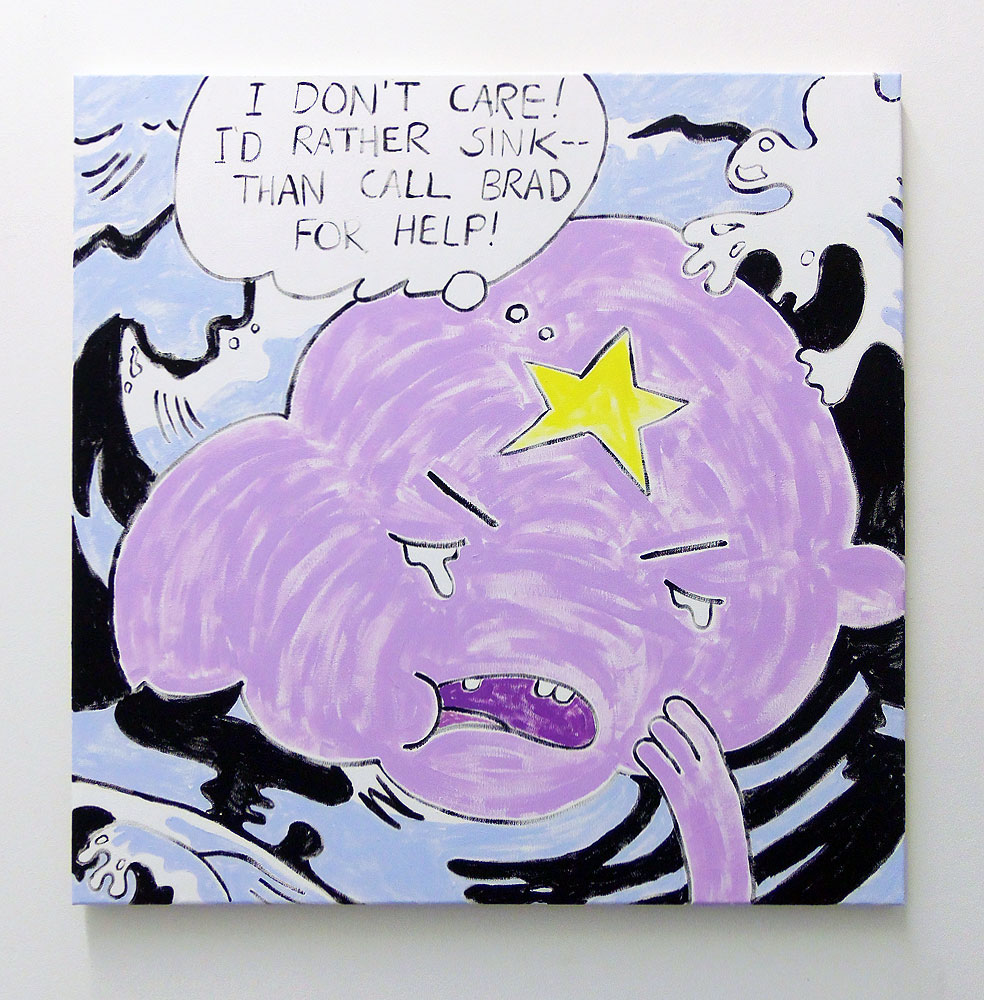 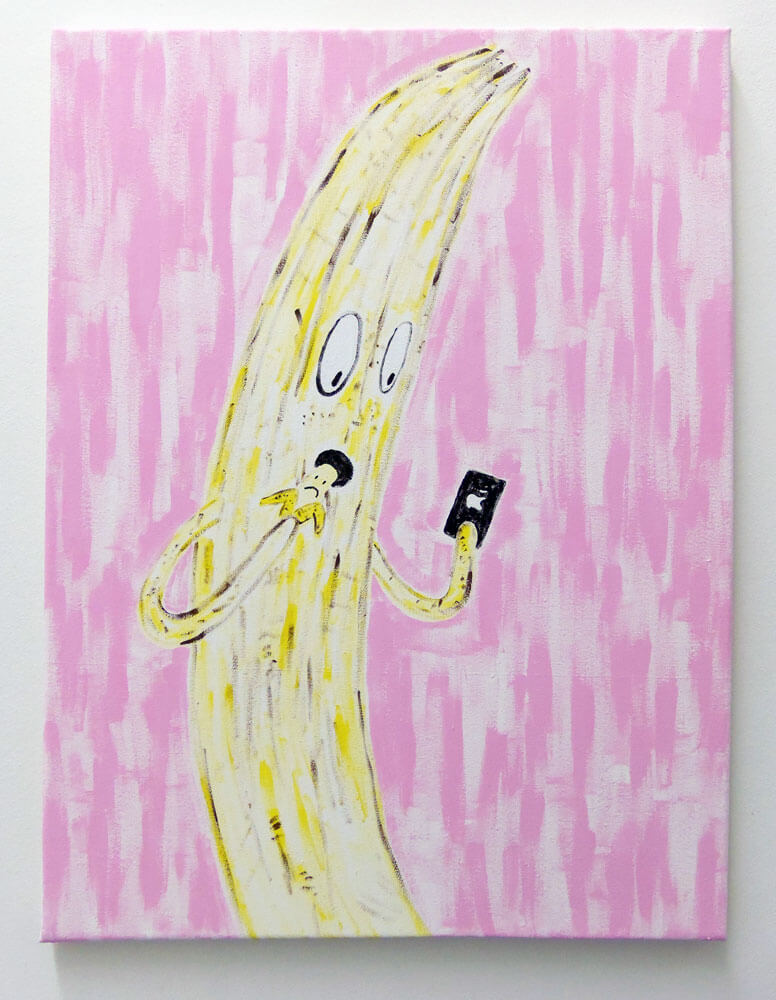 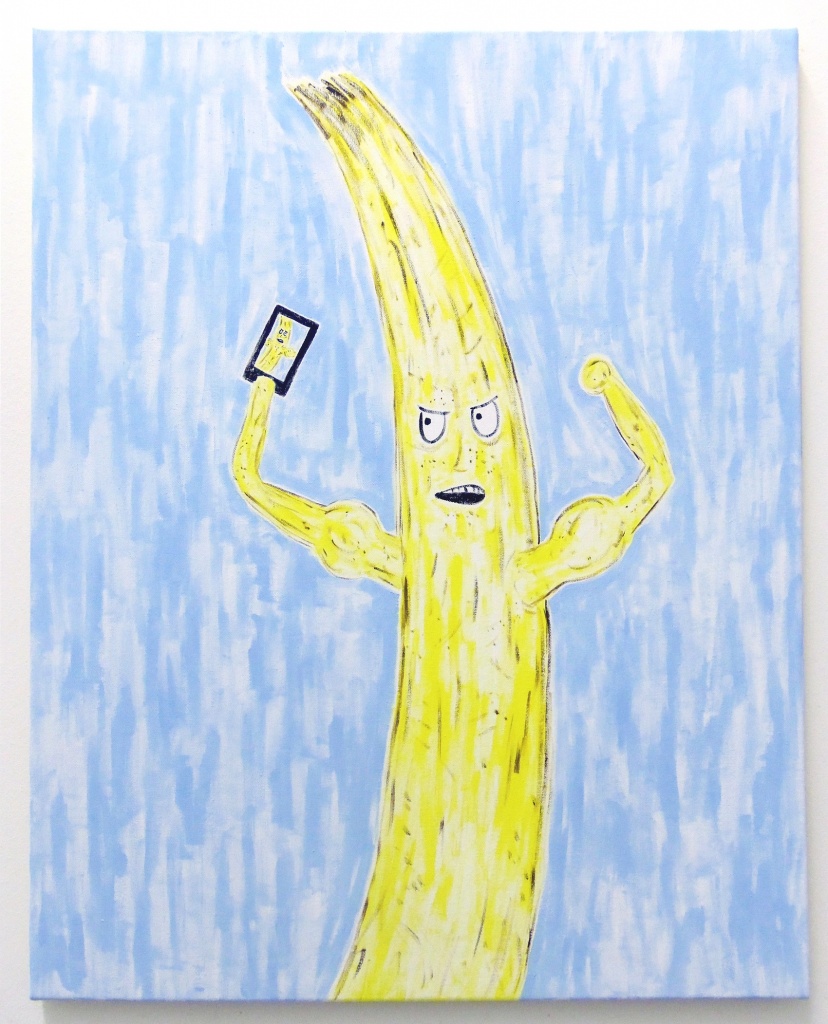 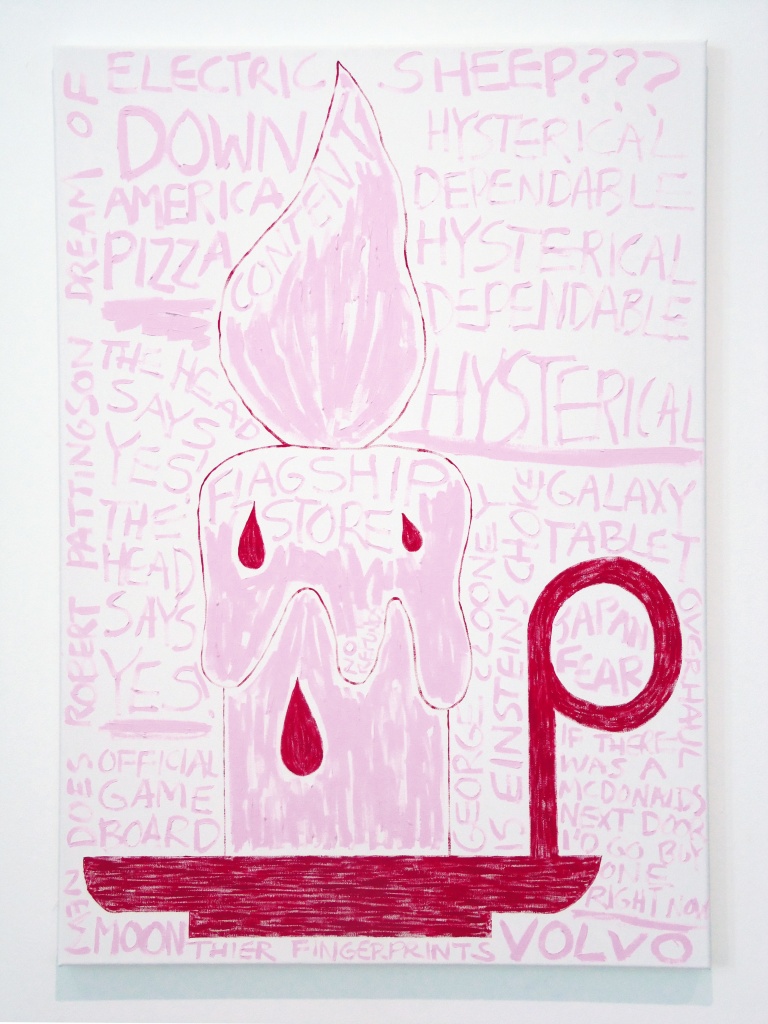 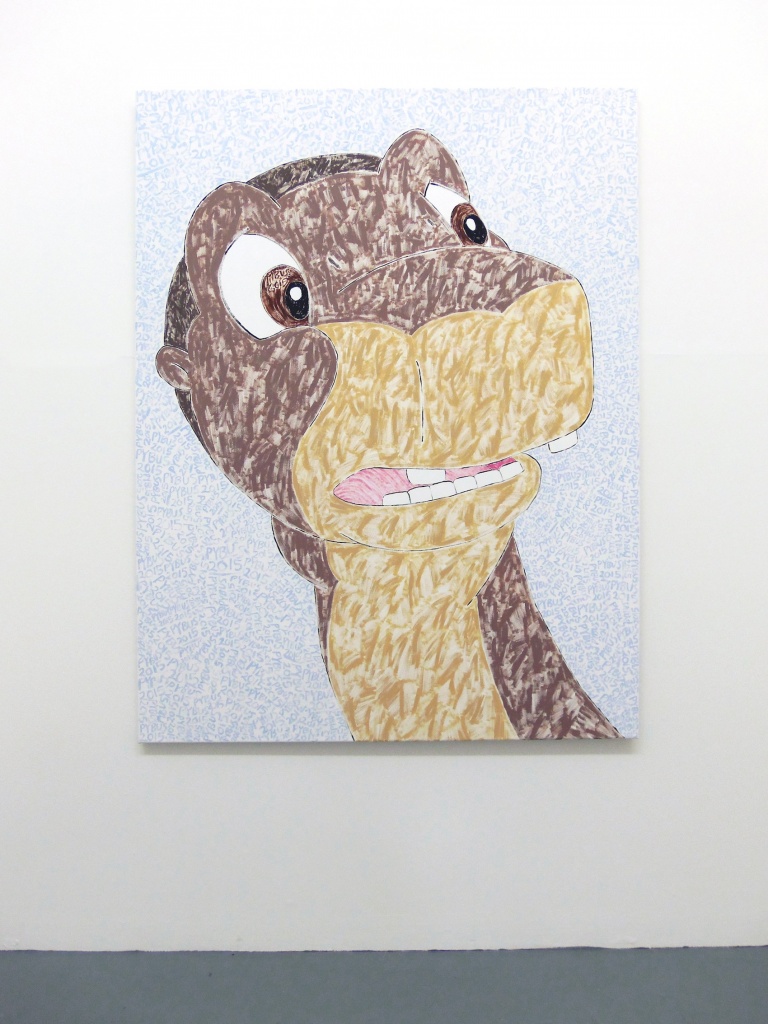 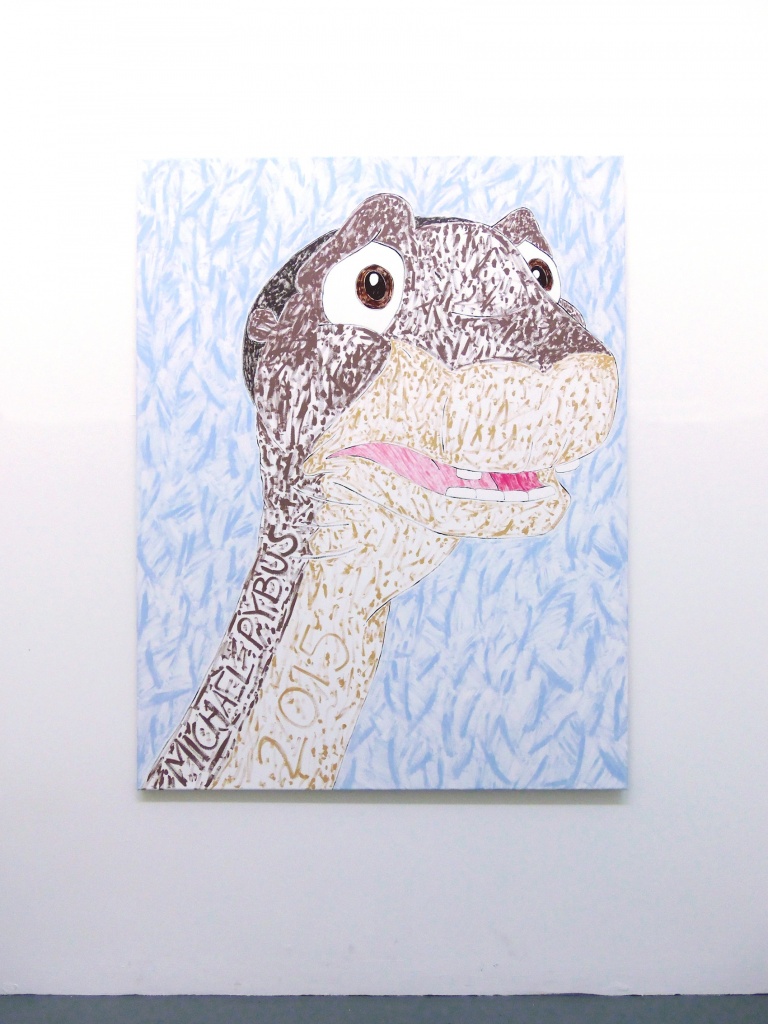 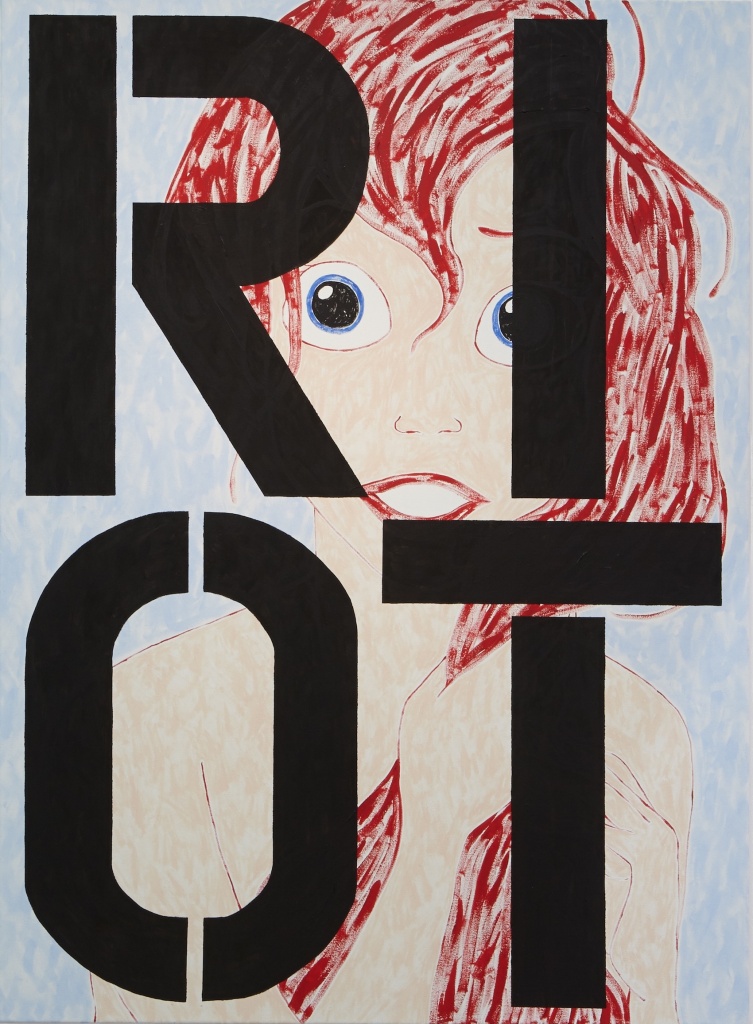 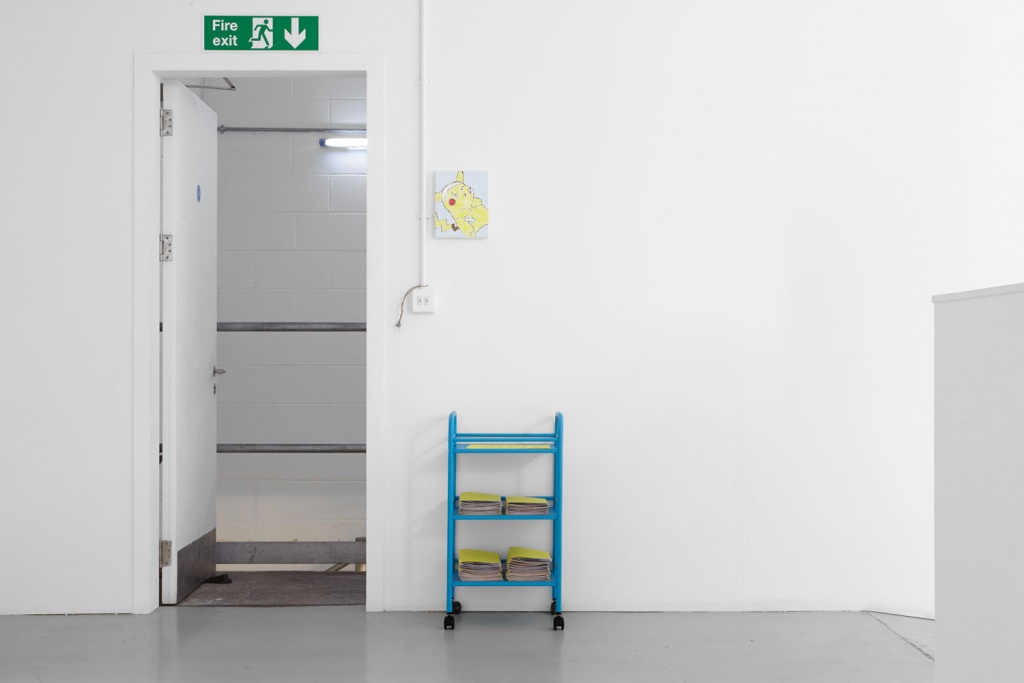 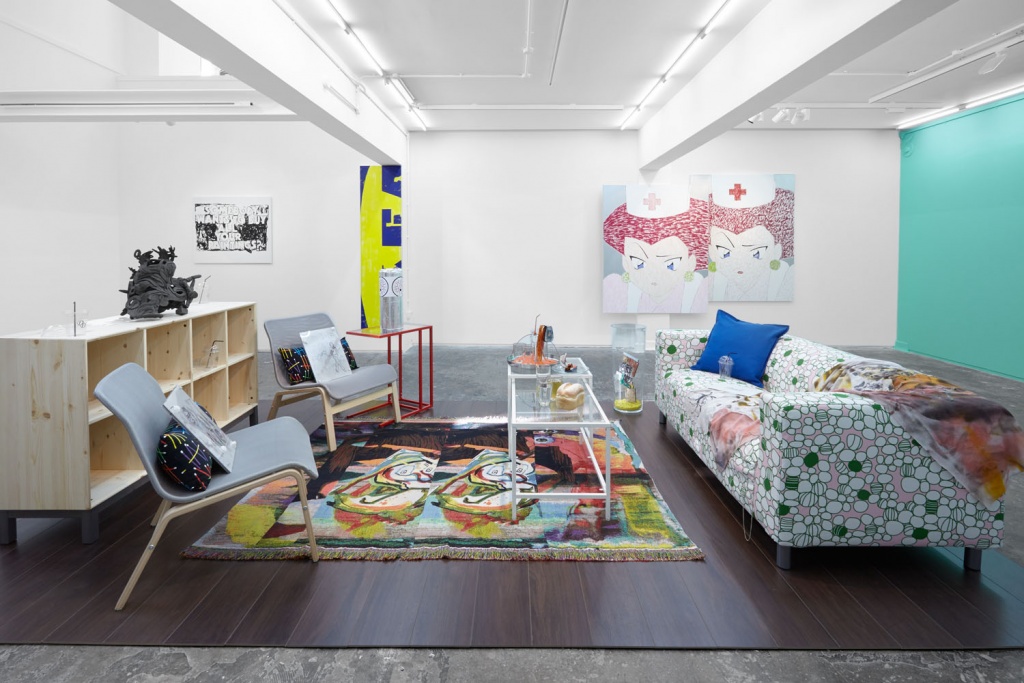